Why are IV Curves So Important? 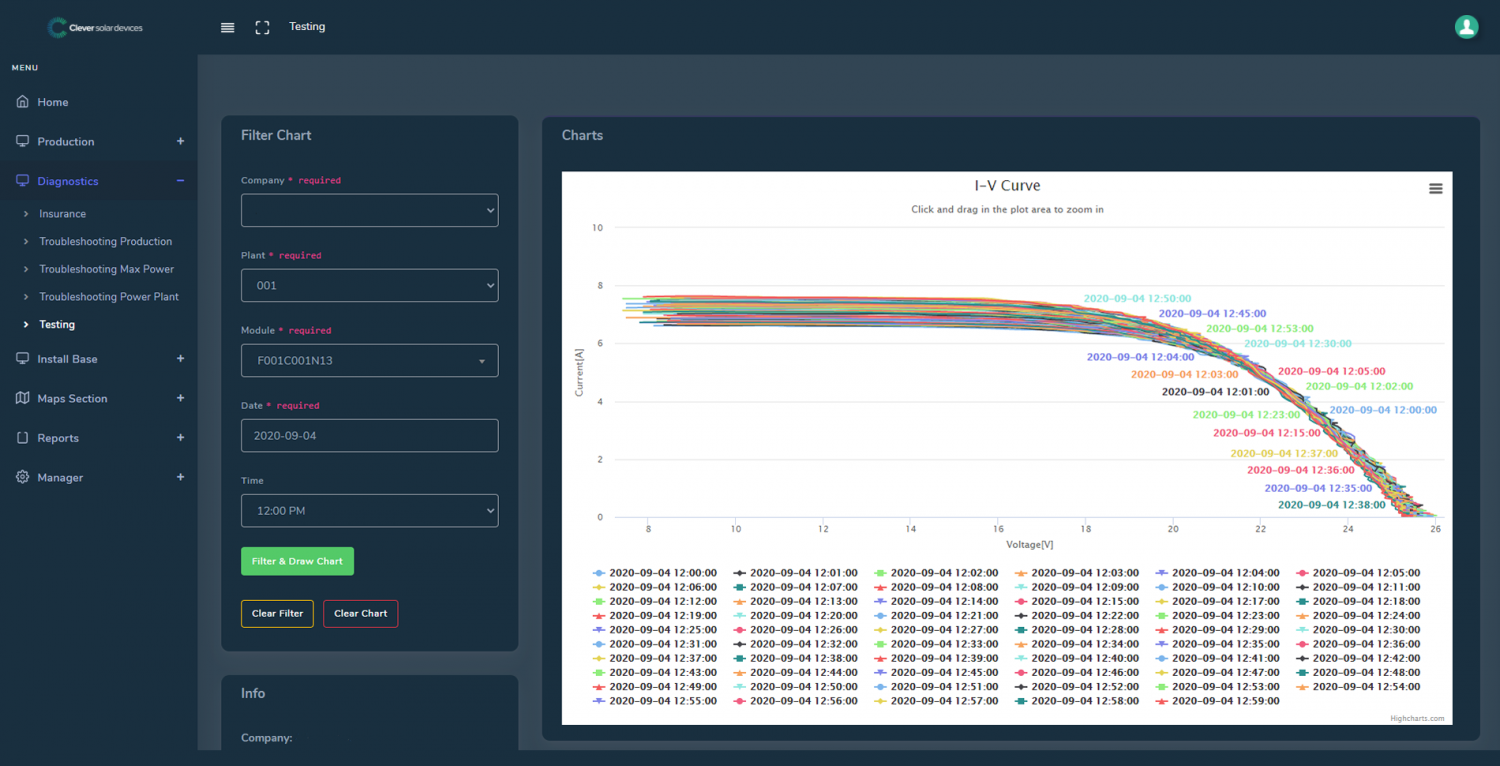 IV Curves are characteristic to each of the solar photovoltaic module. We need to measure them to know in an unequivocal way in what situation each of the modules is and be able to proceed in case a problem arises.

The IV Curves that we offer in our platform are differential from our competitors. While other strategies are based on indirect methods, we face the problem straight away.

Here are typical IV Curves with their meaning so that they can be easily understood: 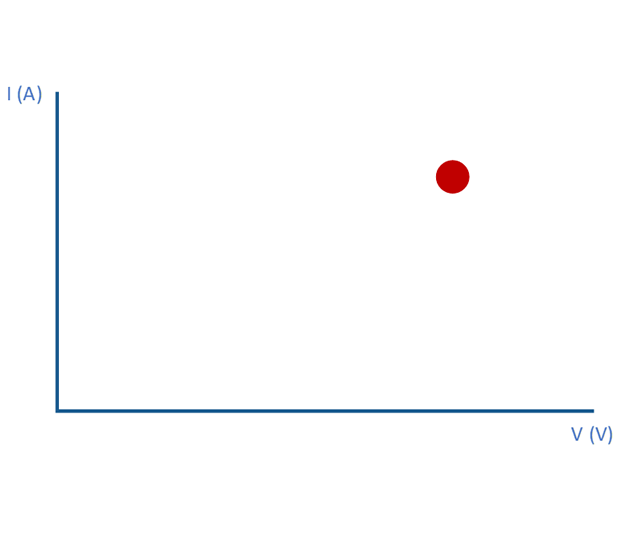 Information that may be obtained out of IV Curve with other methods.

It refers to a single point: the point of production. Out of that information, it is impossible to infer what the problem in the solar photovoltaic modulel is.

Only in the case that the producer possesses long-term data storage for each of the module, it could be possible to indirectly infer that something is going wrong with a string. 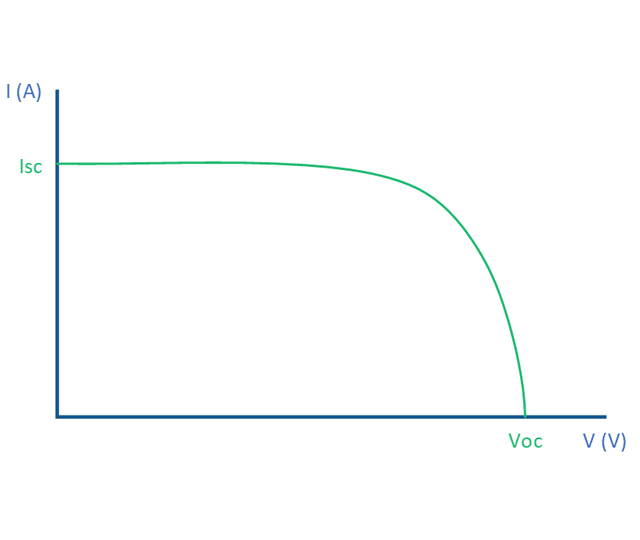 Clever Dx is able to obtain all the values of an IV Curve.

Due to the fact that we can measure all values, we will be able to diagnose in an unequivocal way what is wrong with each of the panels in your solar photovoltaic production plant.

Thanks to Clever Dx Platform that we make available for you, you will be able to do it in a comfortable and remote way with no need to stop your production.

All the panel curves with the same characteristics that are different from the ideal figure involve a reduction in the production and, therefore, economic losses. 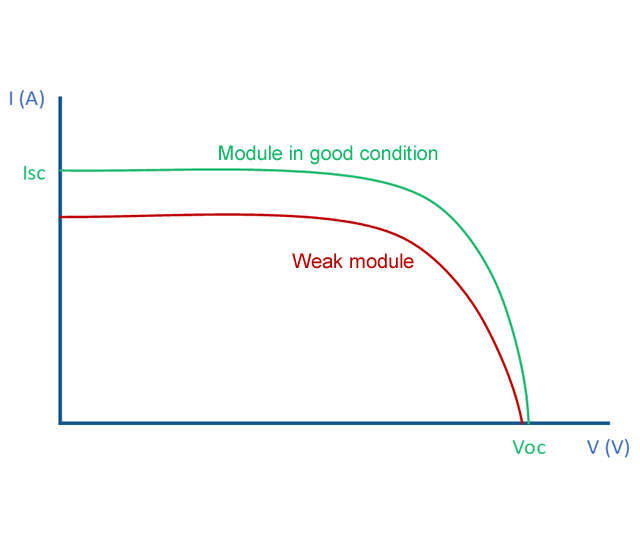 A weak module will have fewer values than a module in good condition.

In the following figure you can see an example that can be taken as a reference. 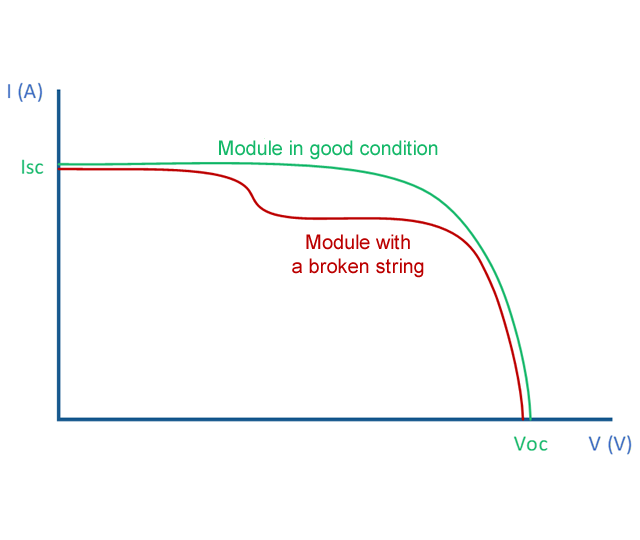 The regular panel distribution is a set of 2 or 3 strings connected with each other and with a bypass diode.

When one of the strings breaks, you find curves like the one shown below. 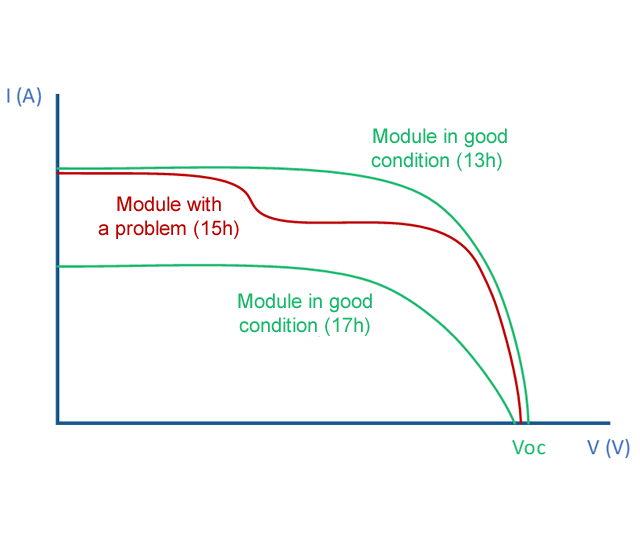 When you find a solar photovoltaic module with a changing performance over time, you can infer it has a shadow problem.

It is essential to avoid shadowing photovoltaic solar modules since the shadowed part may be damaged and has a high risk of breaking down. 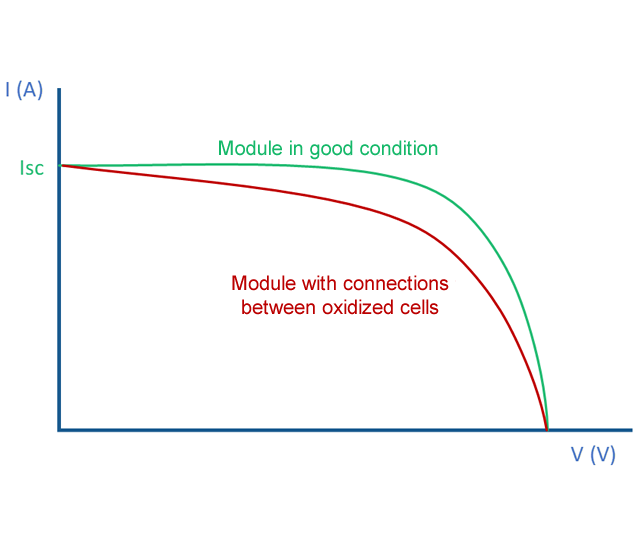 Depending on the quality of the photovoltaic solar module, some oxidations might appear on the joints between cells (the so-called busbar).

In this image, we show a module whose connections are starting to suffer this type of oxidation.

Energética Magazine: Artificial Intelligence (AI) and Deep Learning as the future for O&M focused on improvement for operators, reduction of labor risks, and sustainability.